11 NOSTALGIC AMERICAN-CHINESE DISHES THAT WILL MAKE YOU GO TO PANDA EXPRESS ON YOUR LUNCH BREAK.

Everywhere you look, from tiny Tupelo, Mississippi to New York City, its evident that Chinese food has permeated the American bloodstream. In fact I challenge you to find a city, big or small, in the US that does not have some kind of Chinese restaurant in its city limit. Chinese food has become a staple cuisine in American culture. Even in its current bastardized form, its still beloved by every nationality living in the United States. Lord knows I love my crab rangoon as much as the next guy. But we can’t deny the fact that the cuisine has undergone… shall we say… a metamorphosis. Early Chinese immigrants who came to the United States to work on the railroads brought with them many cuisines from all over China. Although the original “Chinese food” here in the United States is cantonese cuisine, alterations and changes have been influenced by the need to cater to a mainly western palette. As such, the fried-ness has been cranked up, the Chinese-ness has been tuned down and the calorie count has increased faster than Jessica Simpson’s waist line. But regardless of its inauthenticity, this is the stuff that Americans all grew up on. And even though I’m ethnic Chinese, I still love this shit. 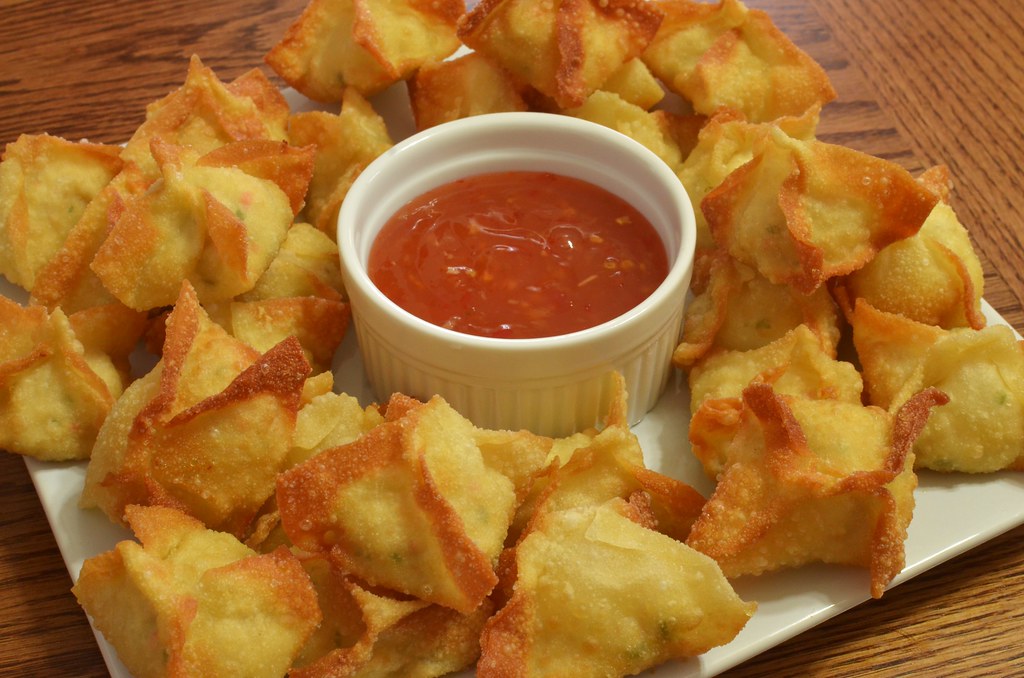 Less crab and more cream cheese, this fried delicacy has its roots in traditional dumplings, but fried to suit the needs of true Americans. Which in other words… if the calorie count is not above 1200, then its no good. Found in every Chinese restaurant in smalltown, USA, crab rangoon is also a staple in Chinese buffets everywhere. Though this dish is not particularly Chinese, I can’t deny that its… pretty damn good. 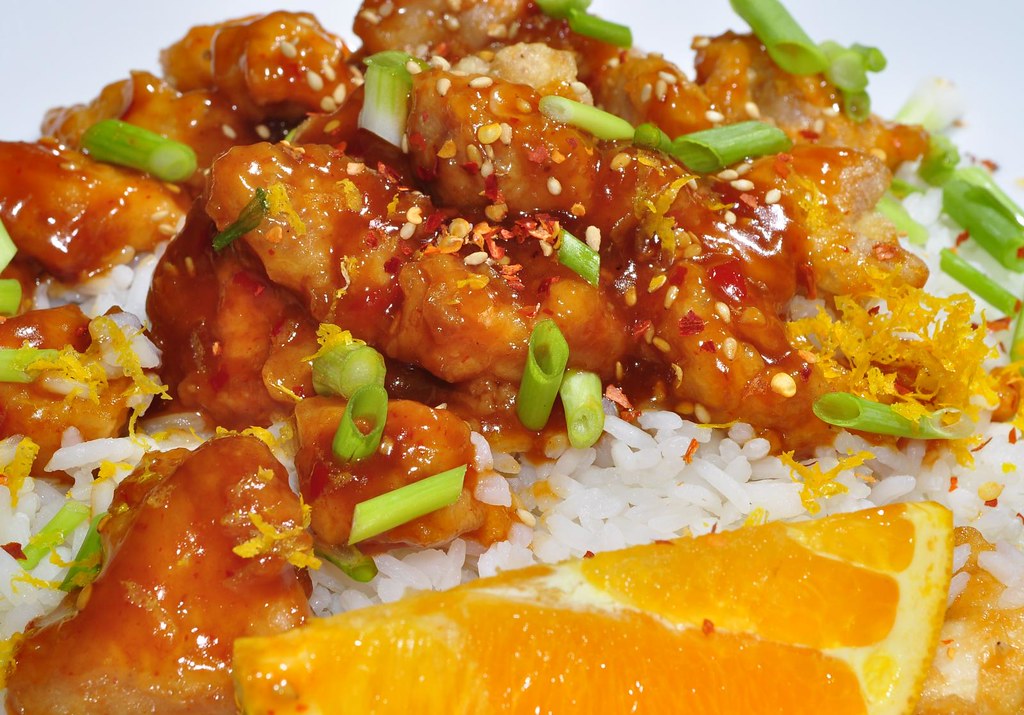 I’ll admit something here. Prior to going to college, I have never heard of orange chicken. It wasn’t till I went to University of Southern California did I finally discover the majesty known as Panda Express in my local school’s food court. Although I’m embarrassed to say(no I’m not), I love this shit. It’s sweet, its tangy and tastes nothing like Orange or chicken. Best of all, its fried. It hits on all the hierarchies of non-nutritional but oh-so-good food. 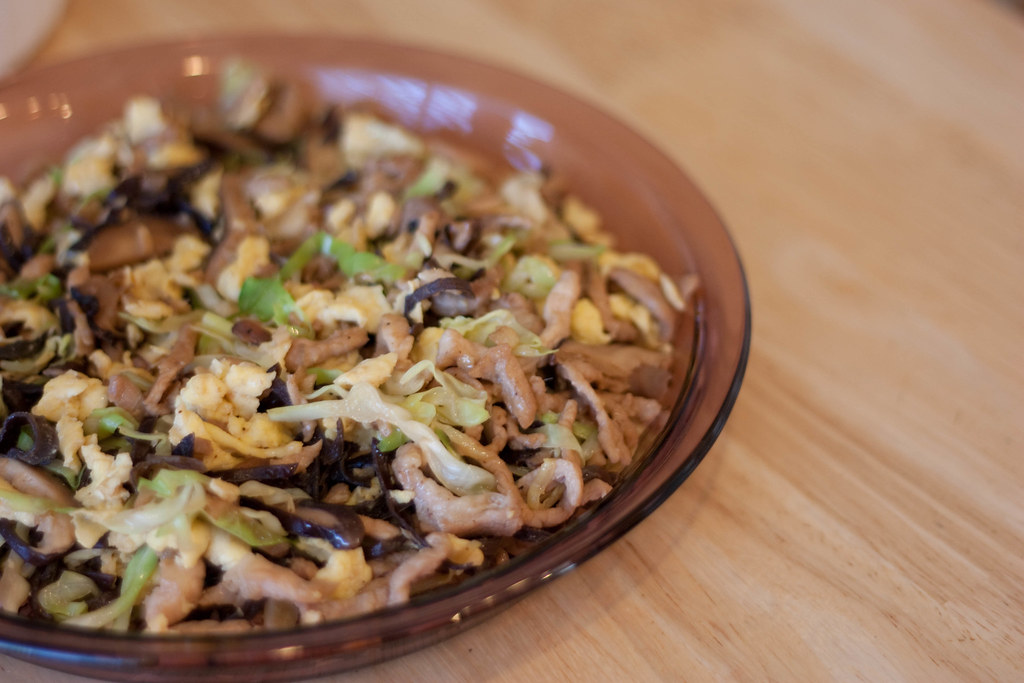 Mu shoo pork is actually an offshoot of a traditional Chinese dish from the northern part of China. Frankly, I don’t know why its super popular here in the United States, but it is. Made with thin strips of pork, black fungus, scrambled eggs and a mixing of garlic, soy sauce and pepper, its a staple American dish thats arguably the most Chinese of all these non-Chinese fares there is. 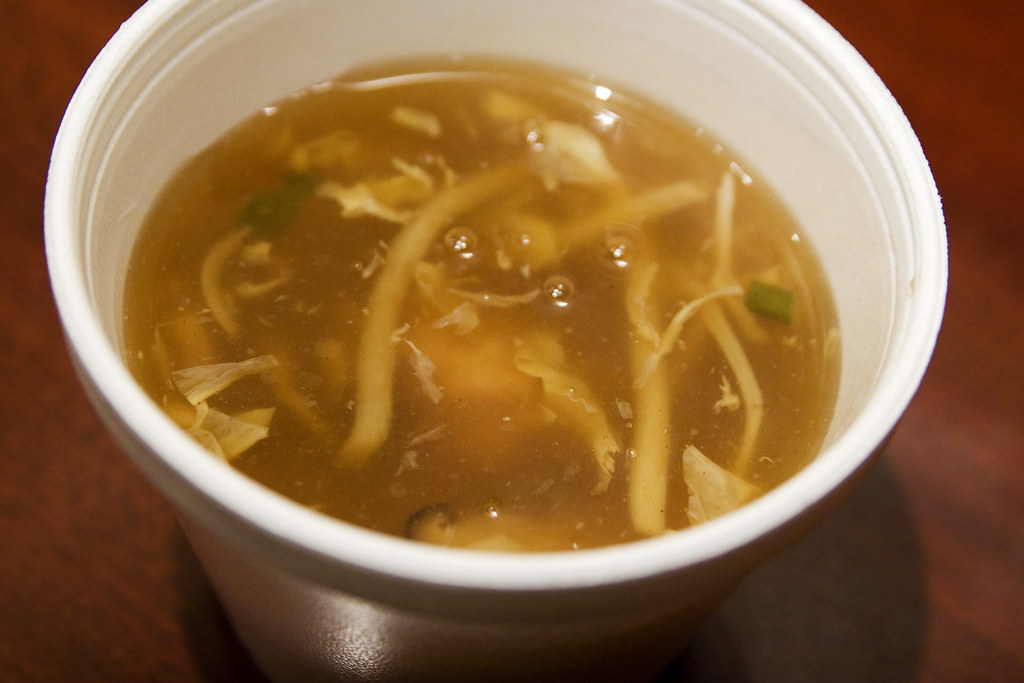 Guaranteed to be found at the hot deli counter of 99 Ranch of Marina Seafood, sweet and sour suit is one of those things that tastes like its Chinese, but of course, is not super Chinese. I’d call it the American born Chinese of all soup dishes. I can’t say I’m a huge fan of this, but I always see Filipinos and Caucasian folks pick this up. Often times its given away for free, but hey, that’s a #win for everyone. 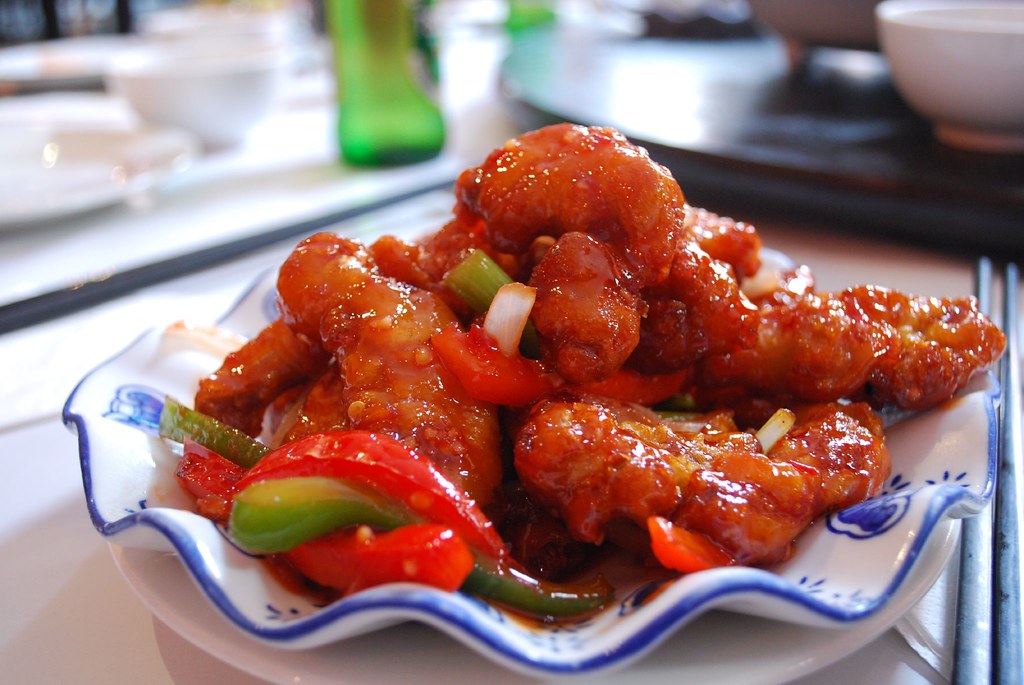 Despite the Asian sounding name, this shit does not have its roots from China. It is as American as burritos and dynamite rolls. Again, sweet, fried and salty, General Tso’s chicken is often in combat with Orange chicken for the best fried chicken dish in your local Chinese eatery. Why get one, when two is the truly American way? 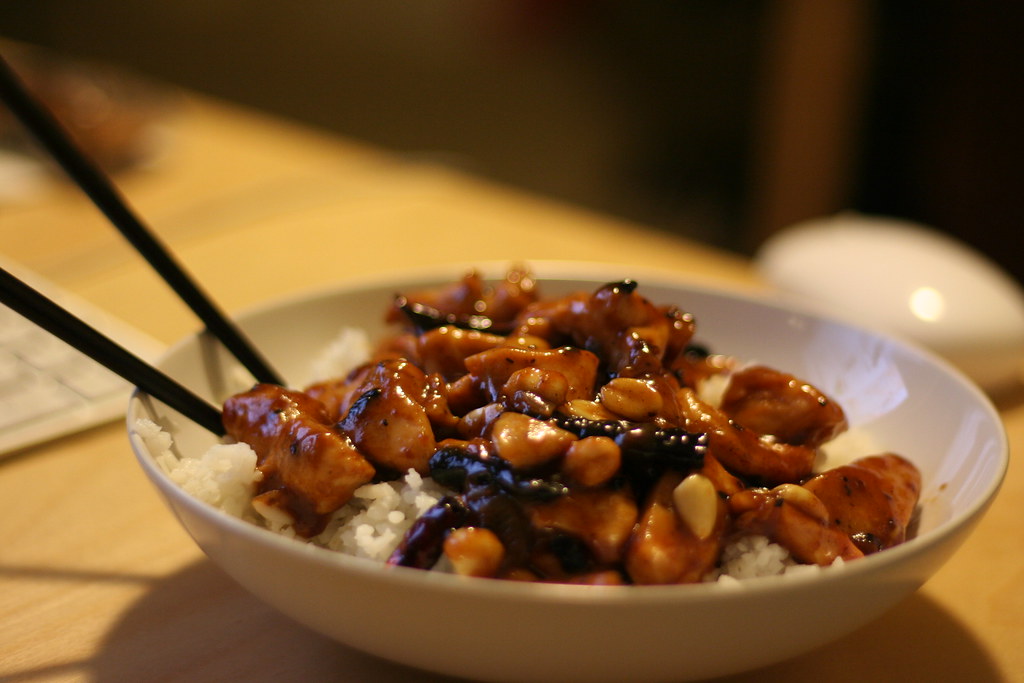 Surprisingly, unlike many of the dishes on this list, kung pao chicken is actually served at real life Chinese restaurants in China. This classic Szechuan cuisine has chunks of chicken that is cooked in a hot wok with chili’s and soy sauce. Makes a great alternative to ramen when that is all you are eating in college. Ah, the memories here.

RELATED: 11 REASONS WHY ASIAN 7-ELEVENS PUTS YOURS TO SHAME. 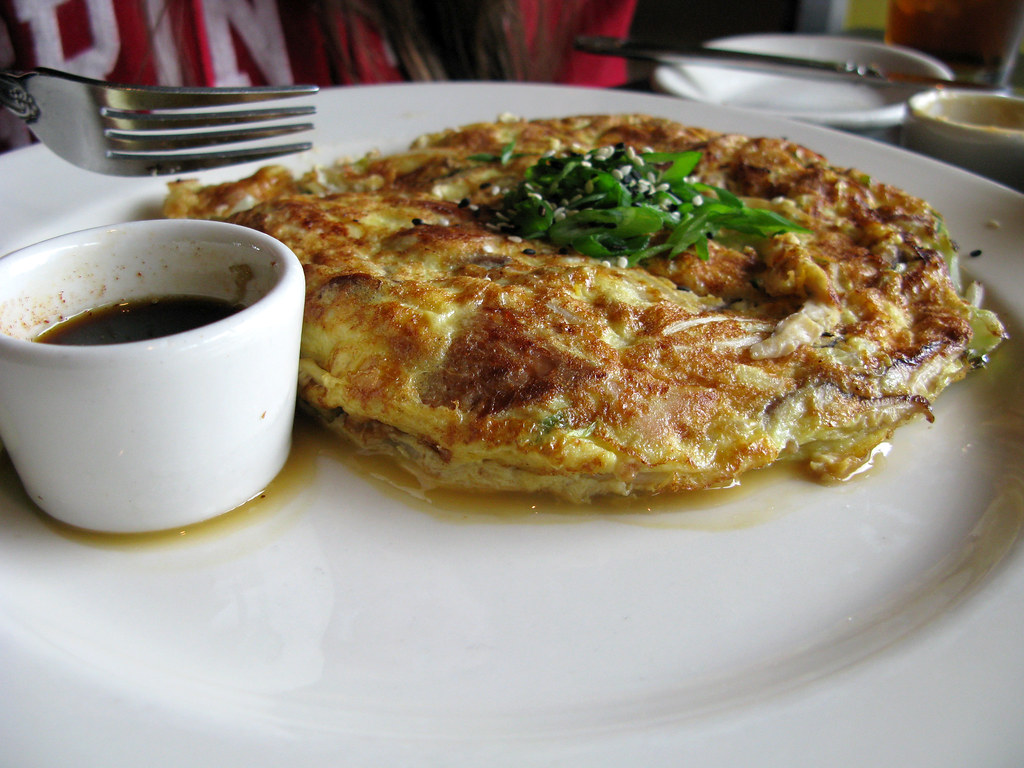 This is essentially an egg omelette. The hipsters have already ruined brunch, lets hope they don’t ruin this for the rest of us. More Hawaiian than it is Chinese, I don’t even know how to describe this. If you must have this, just eat a bag of MSG and it’ll have the same effect. But this is an “appetizer” plate of a selection of fried shrimp, pork ribs and sometimes wontons. Basically, every smalltown, USA restaurant will have their variation on this, but for the most part, its made of whatever they can find in the kitchen and thrown on a platter. Sometimes, you’ll even get a tiki theme to make it even less Asian. 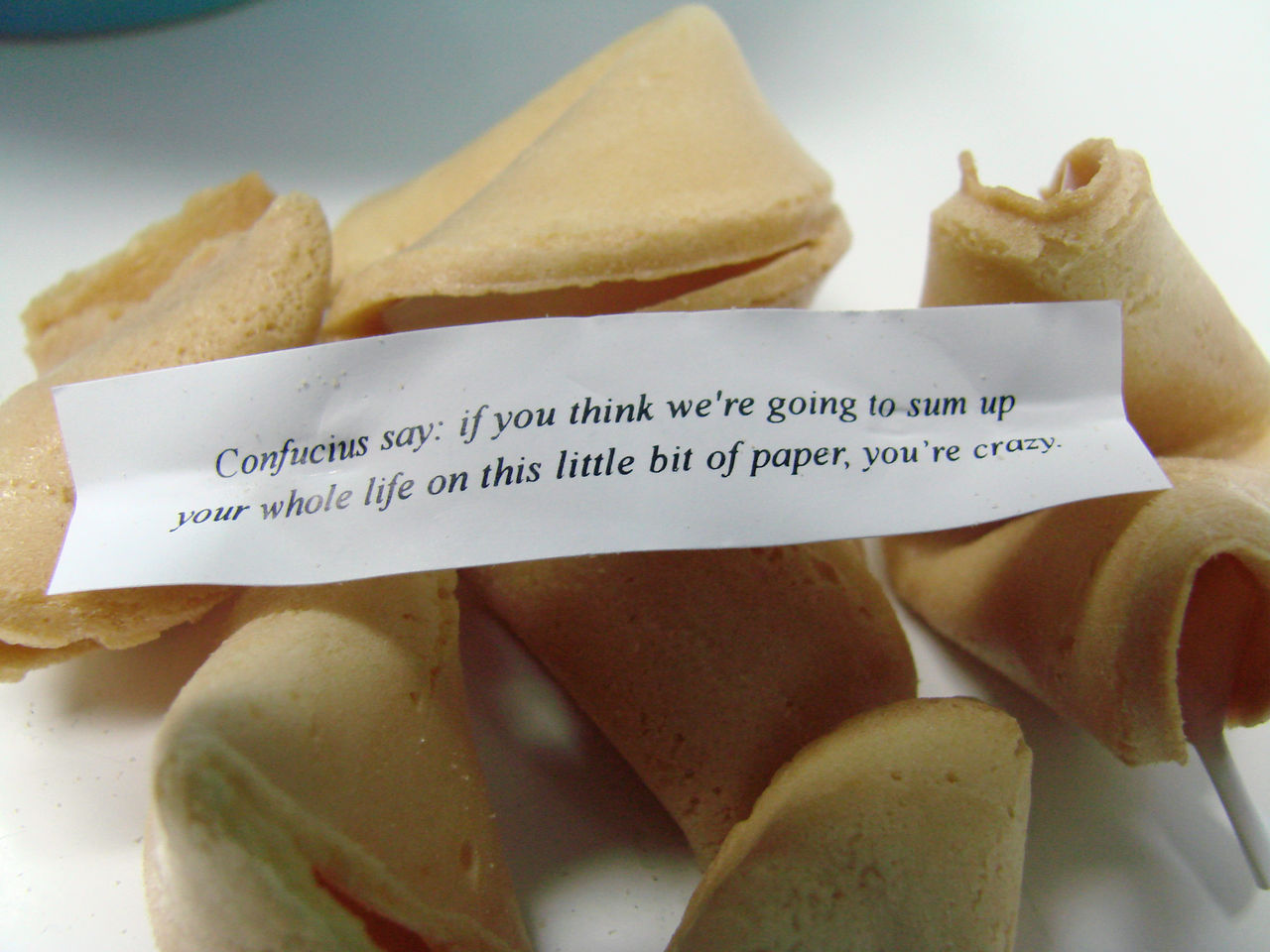 Despite popular culture would dictate, Fortune Cookies are made in the U.S. of A. Yes, they certainly are. If you don’t believe me, here is the wikipedia article. We all know that whatever is in wikipedia has to be true. These cookies are usually served at the end of a meal and contains some sort of inspirational quote whose purpose is to get you through life. Regardless, they are still pretty clean, harmless, fun.

For me, this is a truly nostalgic dish since my mom would use to make this. Having tried to replicate this myself in my college dorm room, the results were more apple sauce than they were beef and broccoli. Disgusting.  Anyhow the simplicity of this dish makes it a popular item at every and any Chinese restaurant in the United States. Frankly, I’m not quite sure about its origins, but I don’t think it really matters. It’s beef and broccoli, how simple can you get. It’s like arguing who invented sliced bread. Who really cares?

RELATED: CHEETOS FLAVORS FROM AROUND THE WORLD THAT MAKES YOU WANT TO GIVE UP YOUR AMERICAN CITIZENSHIP. Walnut + fried shrimp + brown sugar/honey + mayo. ‘Nuff said.  This dish is so bomb, in fact, I’m going to Panda Express to get some right now.