Even though the mobile popularity of Angry Birds is waning a bit, the momentum train for its merchandise licensing doesn’t seem to be slowing down one bit.  From a Finnish cafe that serves burgers and fries to an Angry Birds livery jet plane, the world just doesn’t seem to tire of these fiendishly evil birds and their disdain for pork.

To add even more fuel to the fire, HiMall in New Taipei is set to introduce a flagship Angry Birds themed Juice and Tea shop on the first floor in an effort to entice bird lovers everywhere. The target launch date has been set for September and it seems that this juice shop concept will be the first for the Angry Birds franchise. 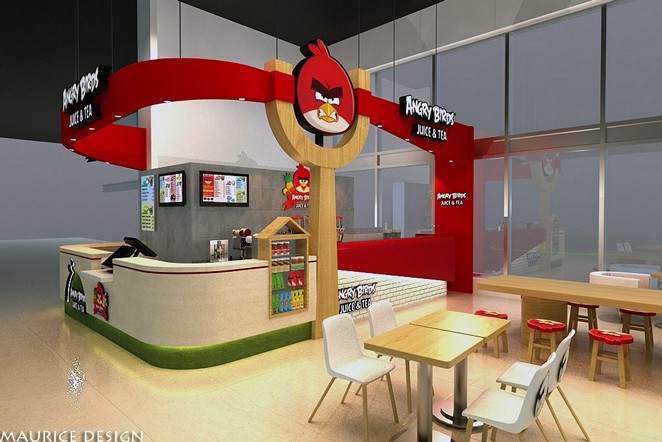 While there is still much work to be done, the concept photos for what the shop will ultimately look like have been circling around on the Taiwan interwebs. Described as possessing a Finnish Nordic atmosphere due to its use environmentally friendly construction material, the shop is an homage to the familiar themes that is strewn around the game. 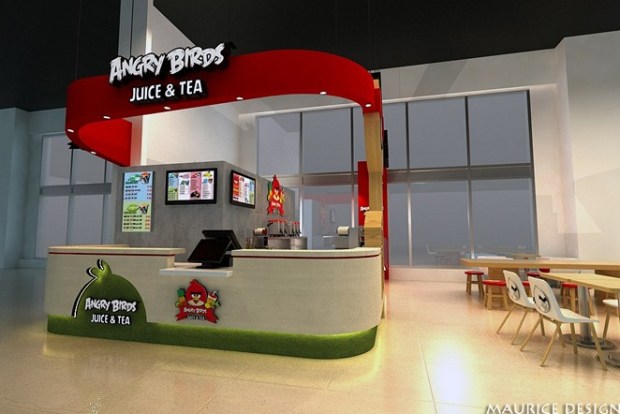 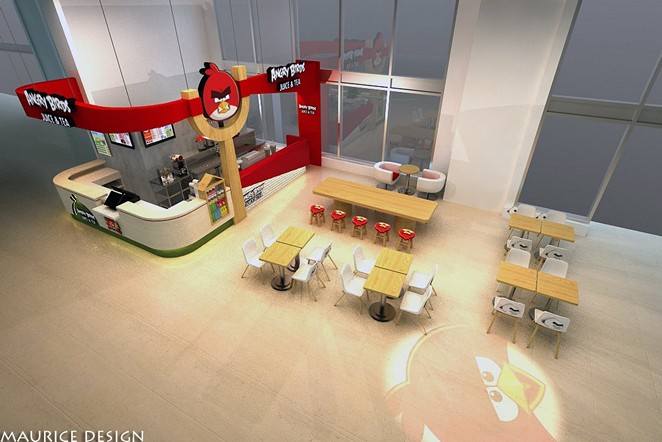 Look for this on September 12th as thats when the “tests” will officially start to see how well received this will be.