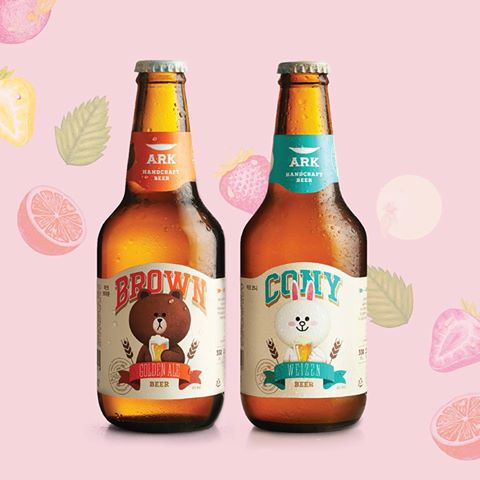 LINE may not be the flag bearer when it comes to messaging apps in the United States, but in Asia, it is an unquestioned behemoth. So much so that their sticker characters have their own dedicated stores in Taipei, Tokyo and Seoul. Amongst the two more popular characters are Brown(a, ahem, brown bear) and Cony(a white rabbit). These characters are so popular that a South Korean based brewery has crafted their own beer! 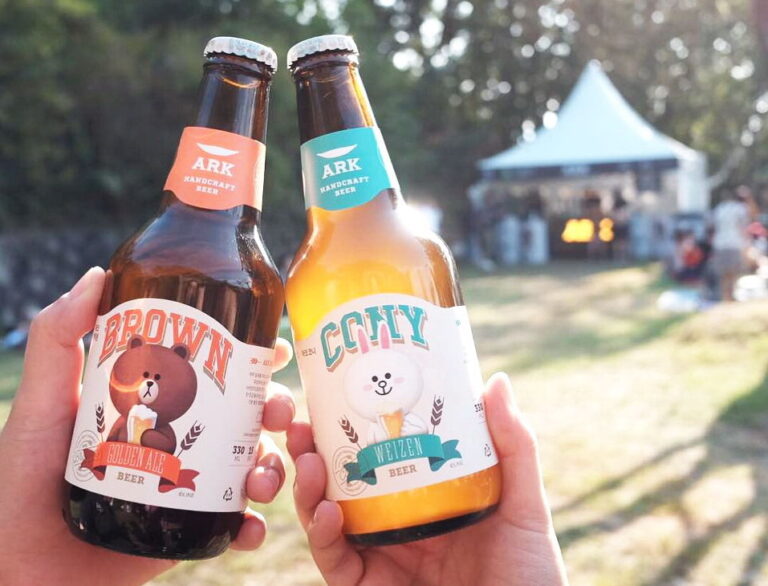 Korea Craft Brewery in South Korea, makers of the popular ARK brand of craft beers, has put out an edition of Brown and Cony beers.

The Cony edition is a soft weizen, golden wheat beer.

Whereas the Brown edition, is a… well, brown colored golden ale. Both editions are available at LINE Friends shop in Itaewon(Seoul, South Korea). No word yet on when it’ll make it over here to the United States.

THIS SEOUL RESTAURANT IS EQUAL PARTS DEPRESSING AND RIDICULOUS. WE WANNA GO SO BADLY.

KOREAN BEER HITE IS PUTTING THE HO-HO-HO BACK IN THE HOLIDAYS WITH NEW FESTIVE CANS.

5 KONKUK UNIVERSITY STREET FOODS THAT WILL MAKE YOU LICK YOUR SCREEN.

WHAT IS THE MOST POPULAR BEER ACCORDING TO KOREANS?