HOW TO BE A TAIWANESE CONVENIENCE STORE BALLER

With so many convenience stores to choose from in Taiwan, you are never but a few steps from gaining another notch on your leather belt. But hey, since you are on vacation, who cares. You can worry about losing the convenience store weight once you get back to the states.

In Taiwan, there are four major players in the convenience store space. The ubiquitous 7-Elevens, originally from the United States, the Japanese import Family Mart, OK Mart and Hi-Life. In fact, convenience stores are so prevalent, it is not uncommon to see a 7-Eleven stationed right across from a Family Mart and vice versa. The point being, you’ll never go hungry when you are in Taiwan.

小編(Xiao Ben), an author from ebcbuzz.com, recently put together a list of the top convenience store foods that you must get when you are Taiwan.  While some of these items don’t really translate well into English, we are still able to get the gist of what Xiao Ben is implying.

Made in conjunction with the Kagestu Arashi Ramen chain from Japan, Family Mart’s version can be bought without waiting in line. According to Xiao Ben, it is by far, the best convenience store meal you can possibly get in Taiwan. With a ringing endorsement like that, how you can not try? Plus, its only 82 NT($2.20 USD), why not?

These chicken nuggets are an off shoot of the kagetsu arashi ramen above, meaning, they are essentially the same flavor. For an extra 30 NT, add some protein to those delicious artificial noodles. The 7-Eleven three cheese sandwich is good for breakfast, lunch or at 2:30am. There is an online debate on what is the best way to eat this thing. One user commented that they prefer to eat it one slice at a time, really savoring the taste of each type of cheese. Whereas others have said, just bite the whole thing. Don’t think it really matters, since its pretty cheap.

Imagine telling your friends back home that you ate convenience store curry on your last visit to Taiwan. They’ll think you are an absolute crock pot and enjoy spending your nights on the toilet. Well, the last laugh is on them since the Japanese style curry rice is like a wrecking ball to your taste buds. The chicken chunks in here are so tender and delicious. Big chunks of potatoes and carrots make this a simple, yet sophisticated choice. 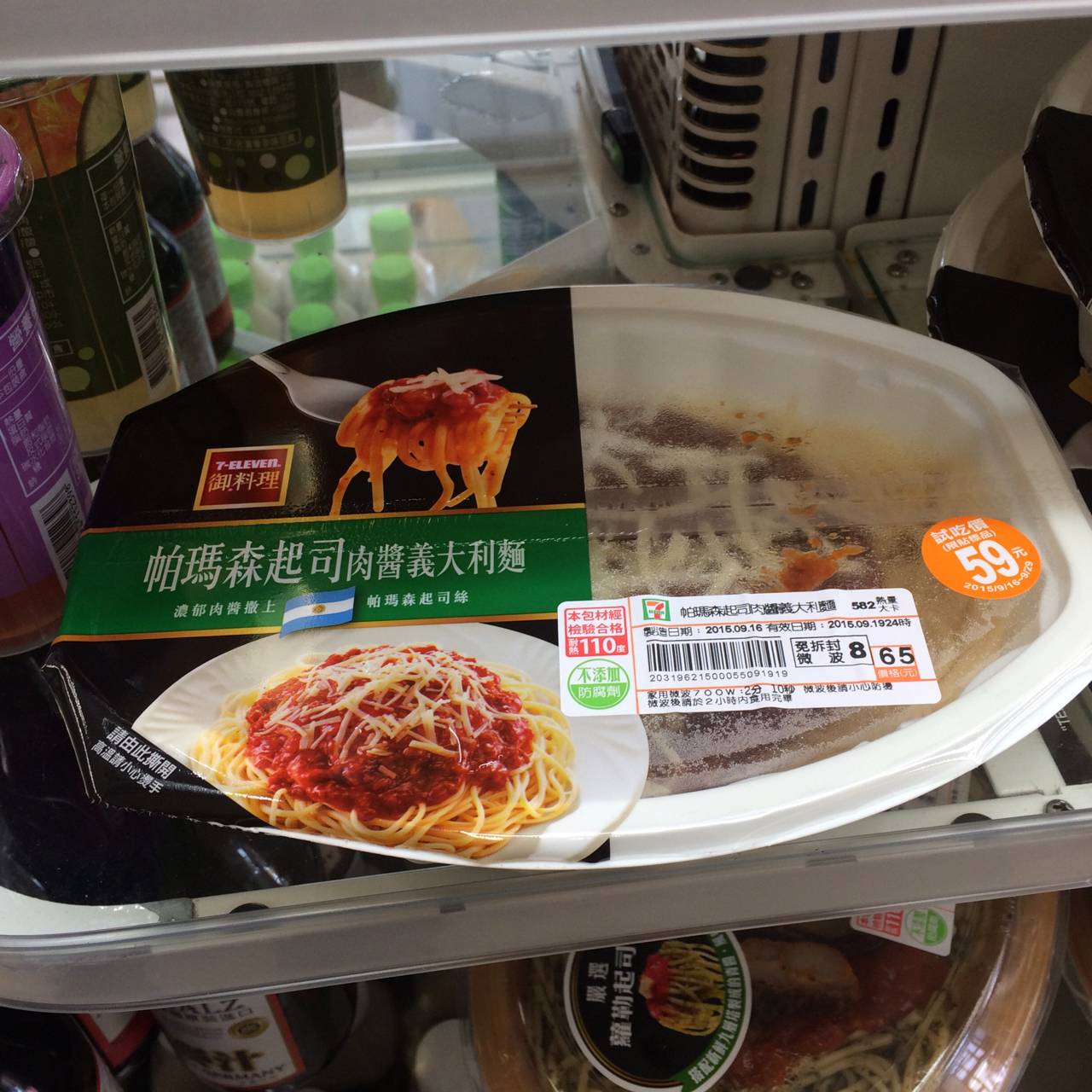 It’s high times in a cheap alley. Rich meat sauce over a bed of spaghetti makes this the perfect quick-grab lunch. Topped off with a sprinkling of grated cheese, it is (sorta)like Italy in a plastic, microwave safe, tray. Honestly, you can’t go wrong with fried rice from a bag.  If you have ever been to Thailand, you know what I am talking about. Apparently these dumplings are so delicious that you don’t actually need any sauce on it. Even microwaving these potstickers won’t dampen the deliciousness of it all.