PUT THE STINKY TOFU DOWN. INSIDERS SHARE THE NOT-SO-WELL-KNOWN FOODS TO GET AT SELECT TAIWANESE NIGHT MARKETS IN NORTHERN TAIWAN.

Hands down, Taipei is on of the foremost food paradises on earth. With its over abundant food choices, it can be tough to figure out what you actually want to eat. The internet is littered with lists after lists of things/places that you have to check out. So rather than rehash the most popular foods(eg. stinky tofu, Ah-Chung’s, Ice Monster), Buzzhand has put together a list of some of the lesser known must-eats in Northern Taiwan. Peep the list below and book that plane ticket because you know you are missing out. 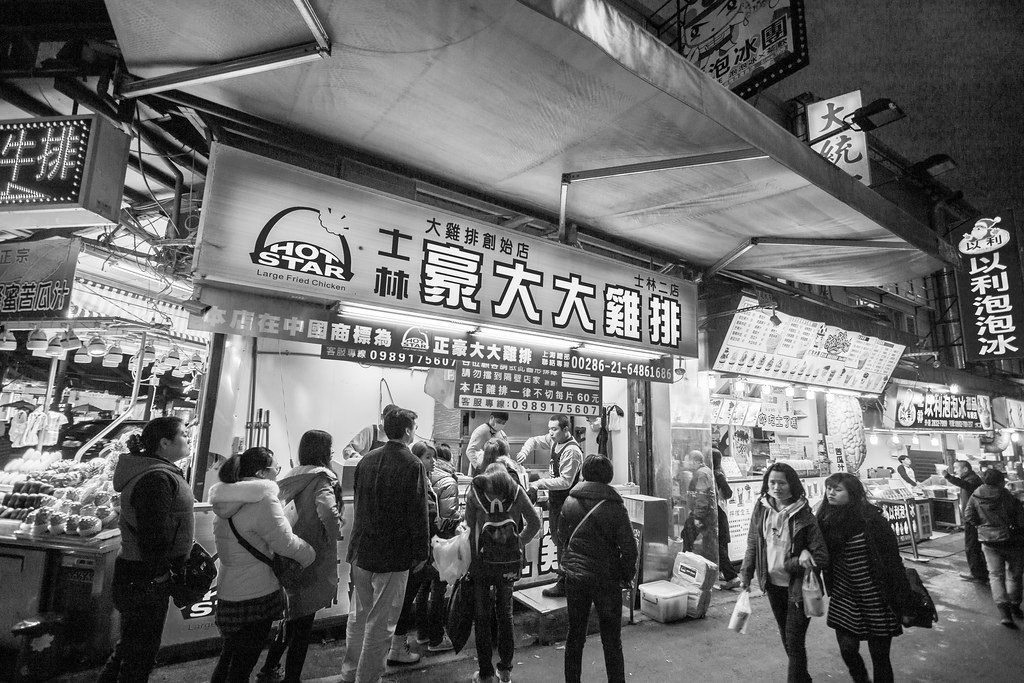 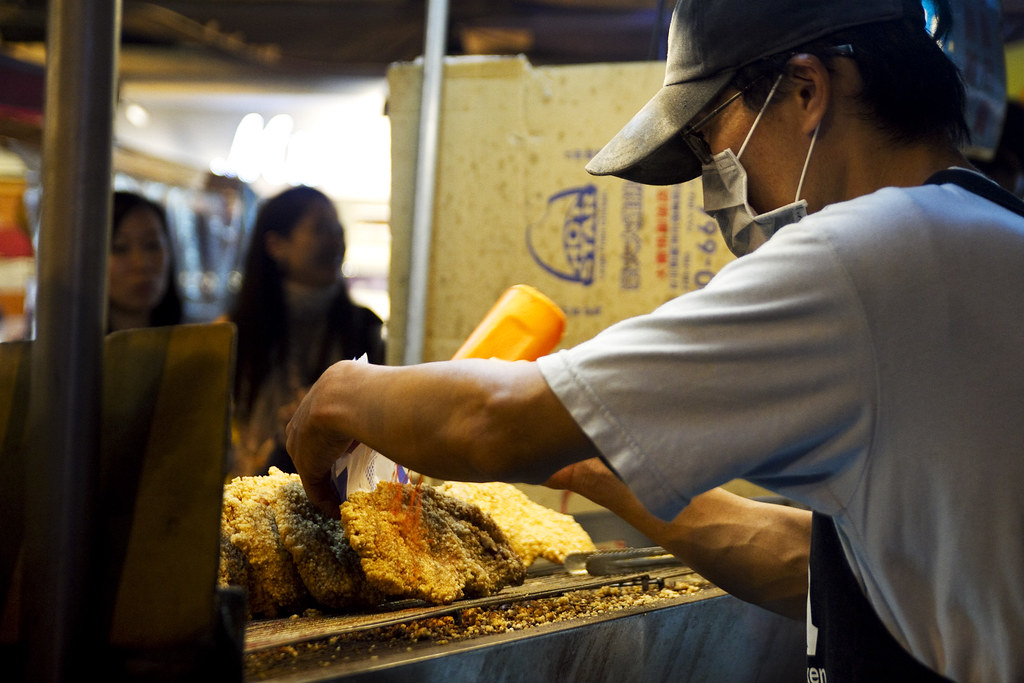 This Hot-Star Large Fried Chicken stall is hands down, a Shilin night market institution. Hot-Star is known for their monstrous fried chicken slabs that will no doubt raise your blood pressure but leave you smiling. While this spot is pretty well known, its inclusion in this list is no mistake since it belongs on ANY Taipei must-eat lists. Get there and see how long the line snakes around the block.

It’s cheese with potato with ham on top. What can go wrong? 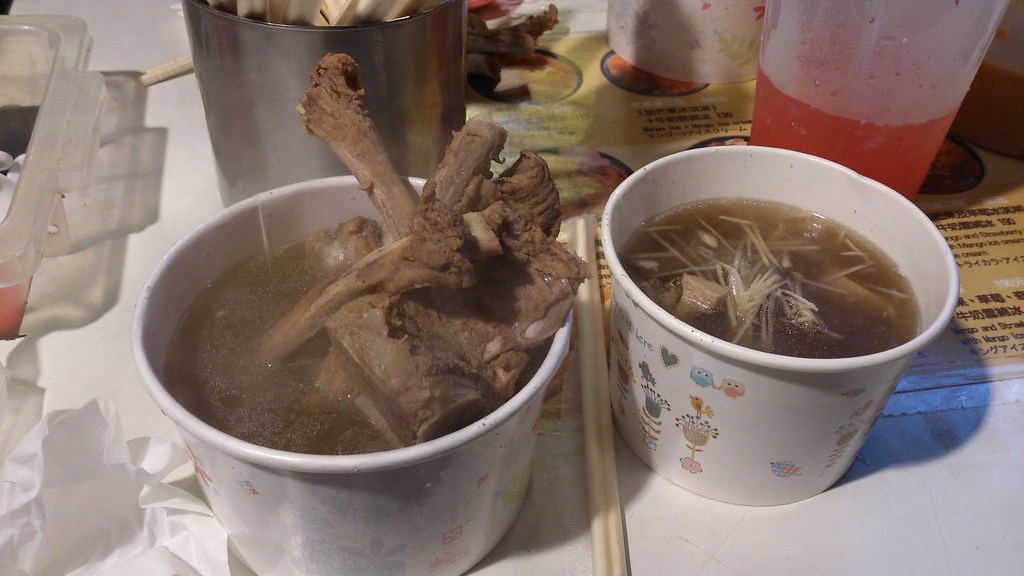 One of the more popular edible in the night market, but not that well known amongst the international crowds, this soup staple is commonly enjoyed around the dinner table. The portable version found at the night market is a meaty, hearty and filling choice that can stand on its own as a meal, or as an appetizer. 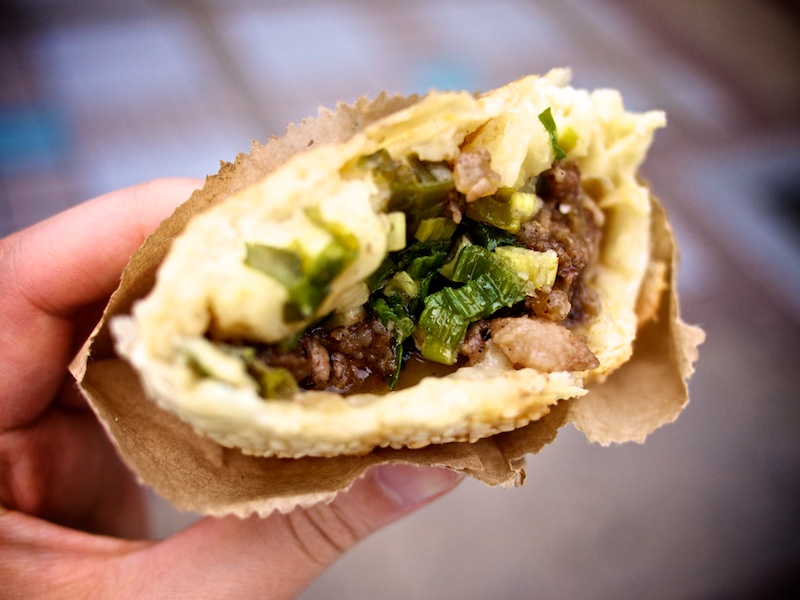 Bomb, bomb and bomb. Don’t let the crappy(and nondescript) name fool you into thinking this is some generic bread from you neighborhood takeout join in the Marina.  This delicious baked bun is chalked full of aromatic meats and dressings that is topped off with a peppery kick. Pepper buns are made in a pseudo roti oven so it comes out flaky and pipping hot. 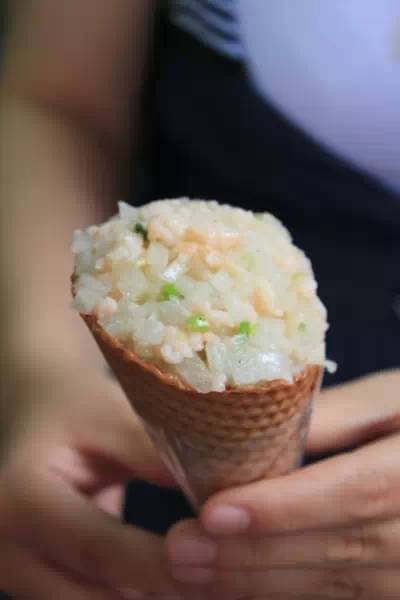 Yes, shrimp and eggs thrown into an ice cream cone. Sounds weird, but like mixing whiskey and green tea, it somehow works. Just don’t ask us how. 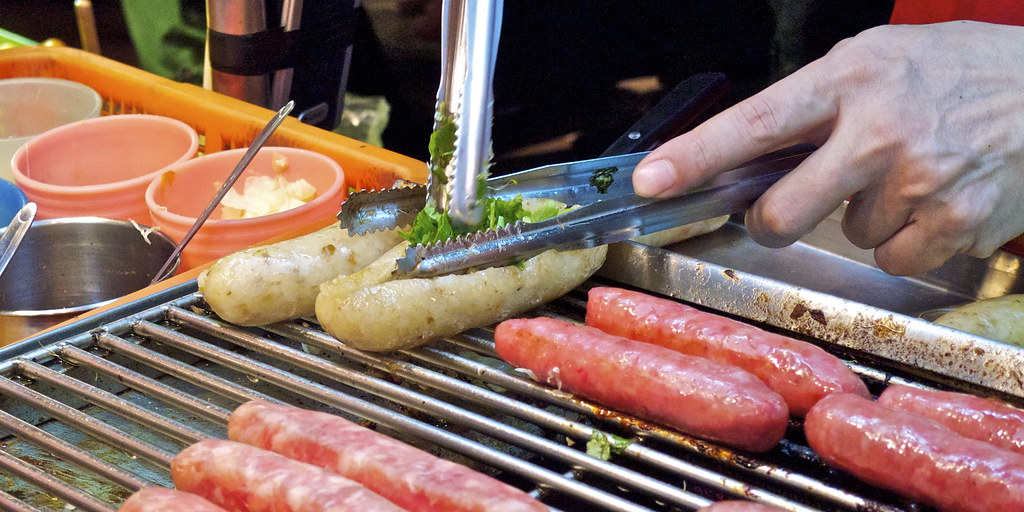 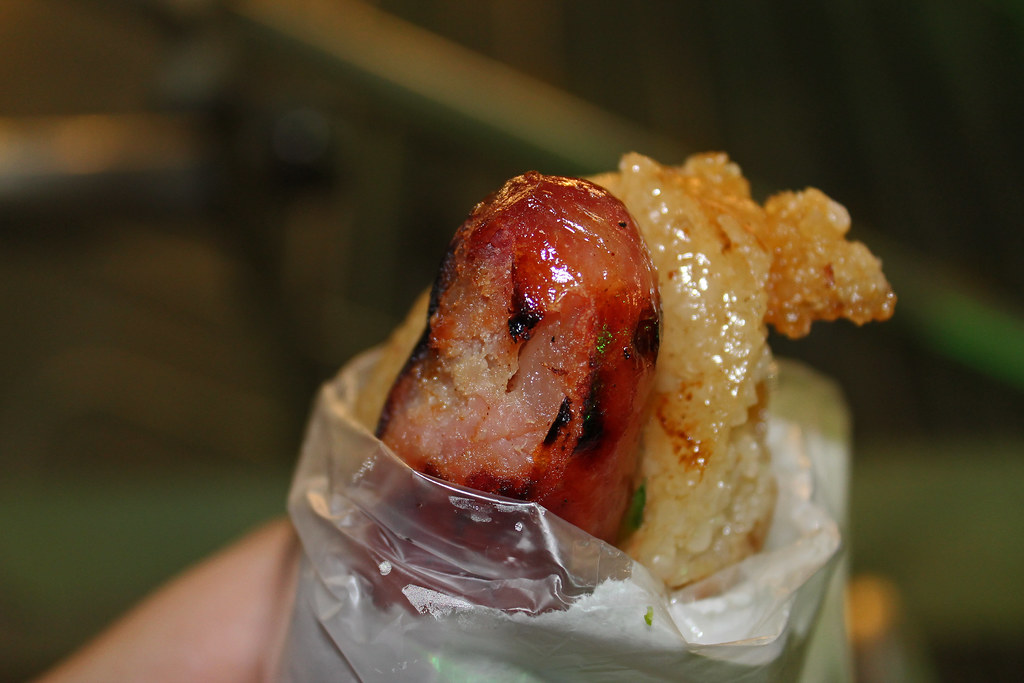 Despite the misleading(and borderline sexual) name, this bad boy can be found all around the island due to its booming popularity. The outer sausage is actually sticky rice that acts as the “bun” for the actual meat-based sausage. So rather than getting some meat overload, you actually get a pretty balanced Asian hot dog thats pretty darn good. 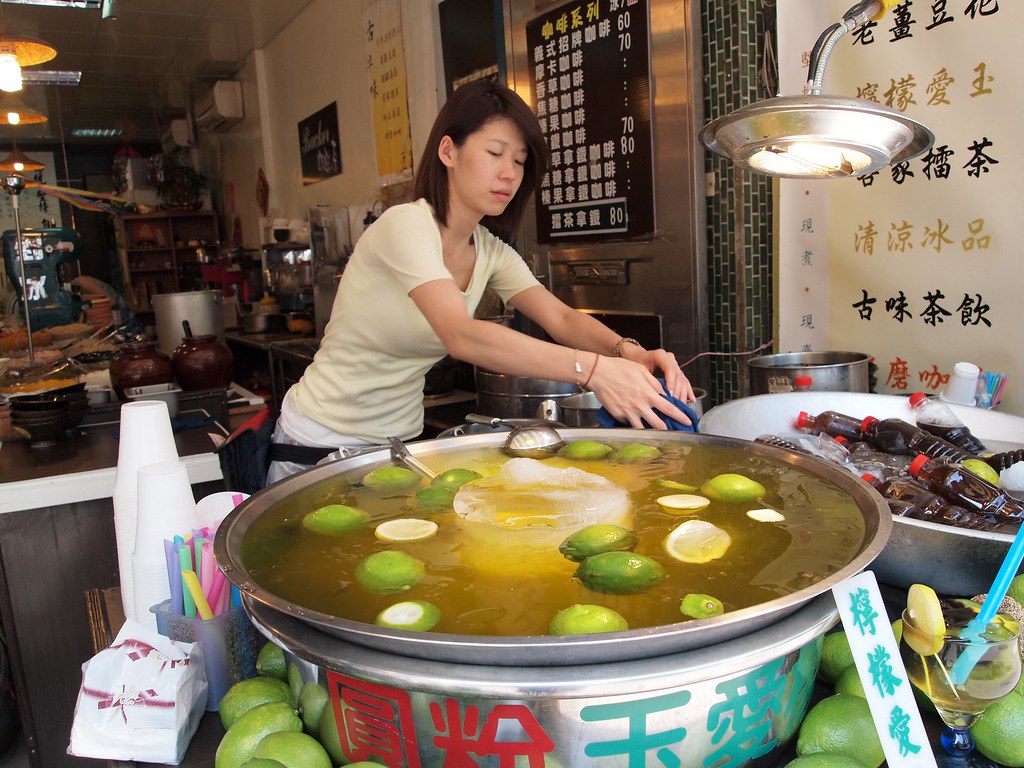 Sure you can get this stuff in a can at your neighborhood 99 Ranch/Marina supermarket. In fact, who hasn’t bought this stuff thinking that it could be jello, but in a ready to eat format but at a greatly reduced price? Right? … Or it could be just me.

Possibly one of the worst names in the world and seemingly impossible to be translated into a proper English name, QQ ice pellets are a soft dessert. These puppies come in a variety of flavors such as taro, green tea and red bean. Perfect for one of those scorching summer days in Taipei where your boxer briefs are sticking to the side of your leg.

Like Yoda would say – classic stuff, this popiah is. Popiahs are essentially a large spring roll that is commonly eaten in Taiwan, Singapore, Fujian and anywhere that may have people of Hokkien descent. The filling can vary depending on whatever the vendor has at their disposal. But the best popiahs I’ve ever had was actually in Tainan. 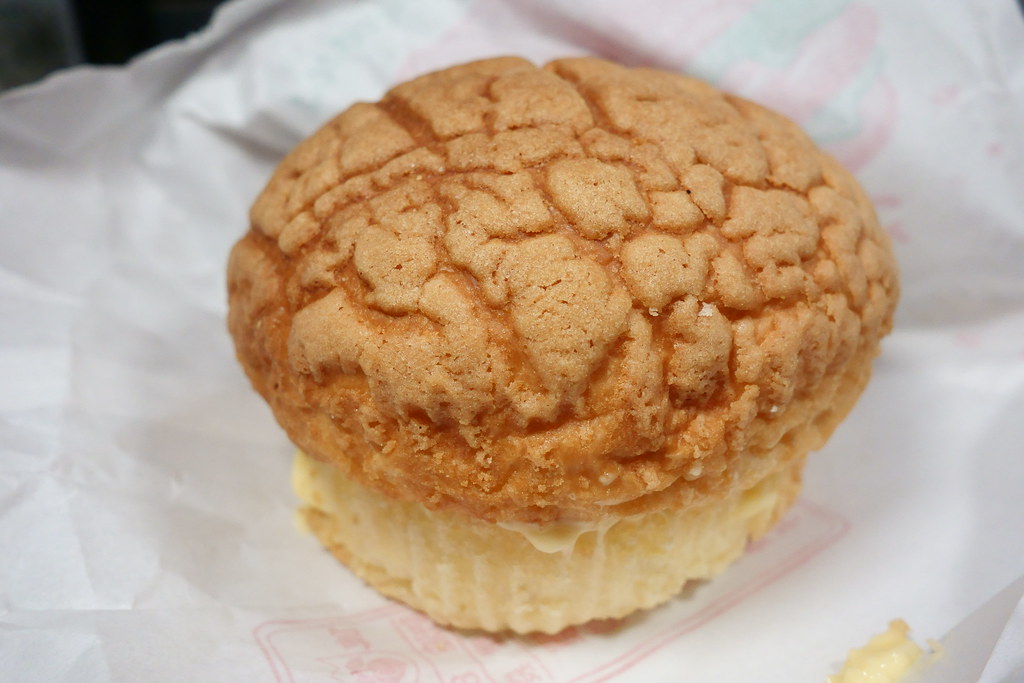 Probably don’t need to go to Shida Night Market to get a standard bo lo bao, however, this one is named “ice fire bo lo bao” so that means it must be extra special.

Not really a pancake per se, but doesn’t mean that its not good. Wheat pancakes are made from the same process as a crepe, meaning a wheat batter is spread onto a hot, flat surface and then filled with a mixture of sweet, sweet filling. Once that side is cooked, the pancake is folded over and cooked for just a bit more for a treat that is not to be missed. 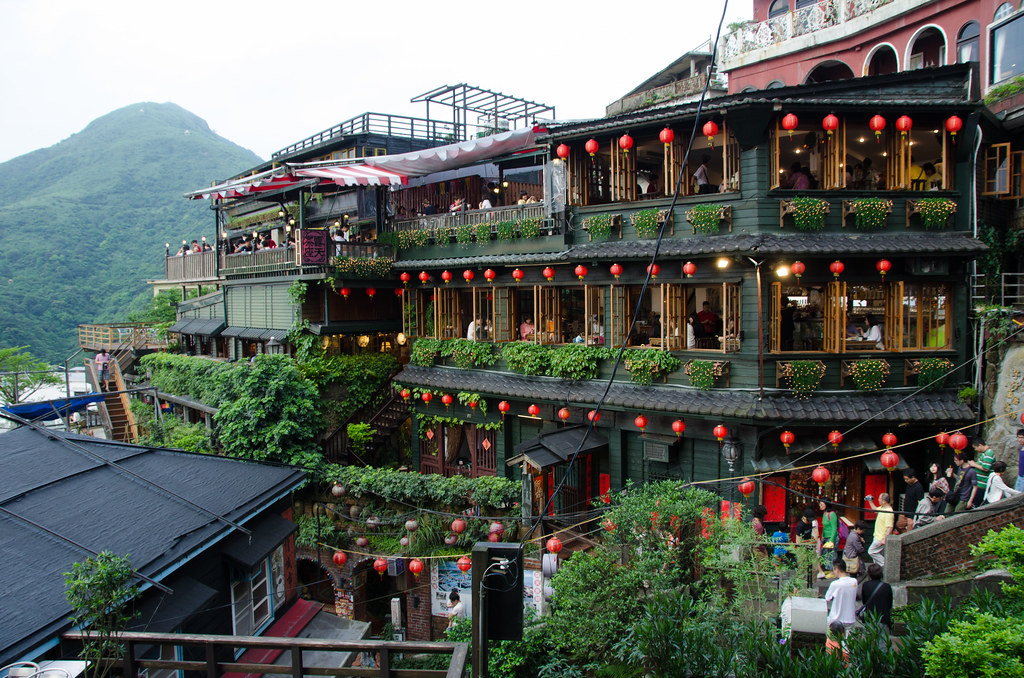 The most well known offering to come out of Jiufen(which is a pretty awesome destination in itself), taro tapioca is the one must-have food when you visit Jiufen. With its breaktaking views, Jiufen is not only the destination that inspired Miyazaki’s Spirited Away anime movie, but also the place where you get your grub on. These sweet taro infused tapiocas are refreshingly sweet and hit you in all the right places. Grab yourself a bowl and curl up somewhere on the mountain, you are going to love this place.

Soft, chewy and gooey. Not quite sure where the Taiwanese history of mochi came from, but legend has it that its roots spans both China as well as imperial Japan. Whatever the reason is, we are the big winners here as mochi is spectacular when coated with peanut crumblings. 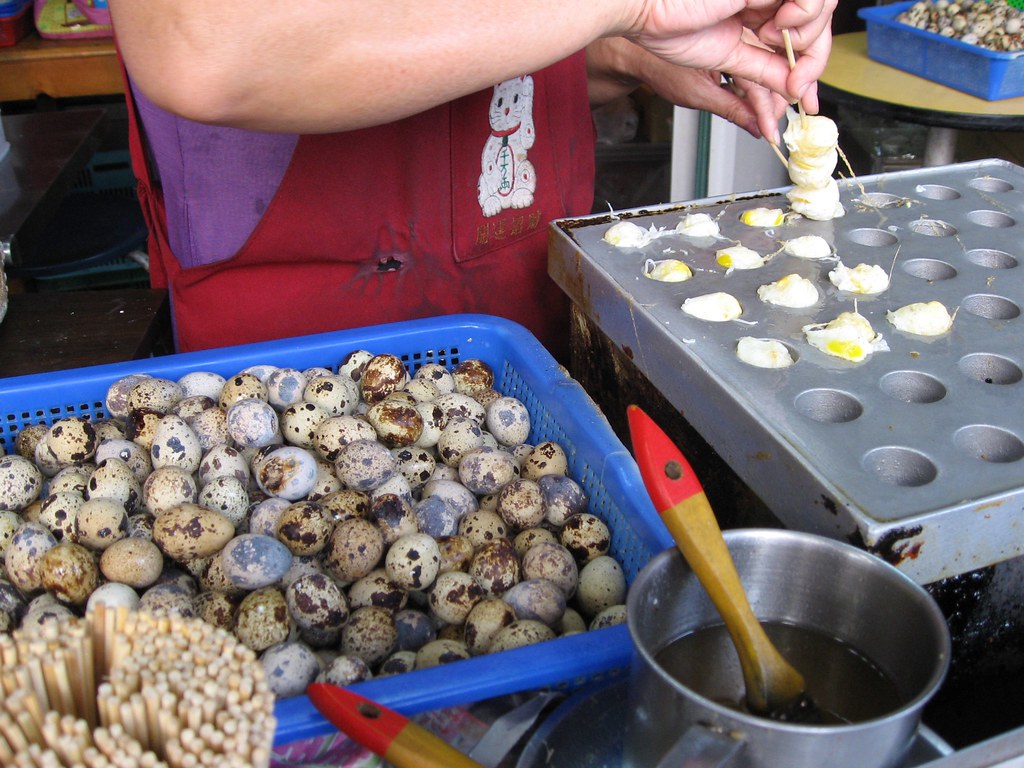 Technically not baked(more like poached), these are quail eggs that are highly flavored and then (sometimes) thrown onto a stick for your enjoyment. When in rome, do what the locals do. As such, you’ll find a boatload of locals munching on these at any given time. Yes, its called a nutritional sandwich, however, I can’t vouch for the accuracy of the name. These sandwiches consist of bread filled with an assortment of fruits, ham, boiled eggs and salad dressing. Reminds me of the stuff you can get at Sheng Kee bakery.