Lu Ruo Fan(滷肉飯), or minced pork rice, is the ultimate comfort food. If there was ever a dish that captures the blue collar essence of Taiwanese food, lu rou fan would be it(although beef noodle soup would probably have something to say about that). Lu rou fan is a dish whose name is a dead giveaway on what it is – ground pork stewed in soy sauce and served over rice. Despite its simplicity, the perfect bowl of lu rou fan is difficult to master and more often than not, takes years of dedication and training. Even more surprising? You can get a bowl of lu rou fan for less than the price of a Big Mac. 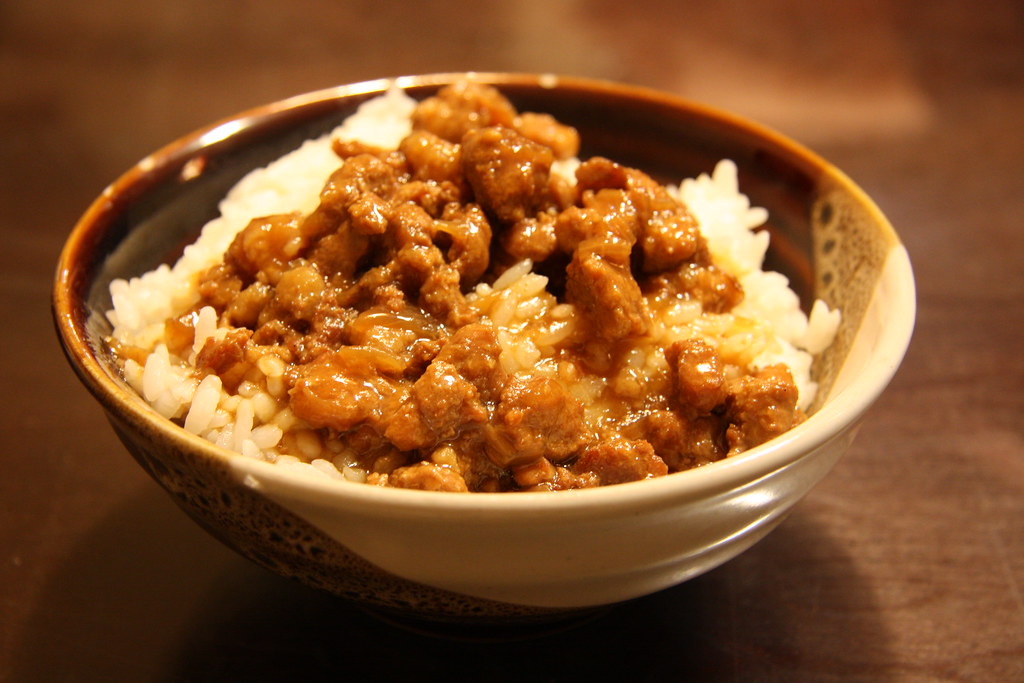 Given lu rou fan’s popularity all around Taiwan, variations of the dish are ubiquitous to the point that there really is no wrong way to make lu rou fan. Some people might argue that a bowl of lu rou fan is nothing more than minced pork and a slice of brined yellow radish. In the Taiwanese south, large chunks of pork belly are used instead of minced meat and a side of bamboo shoots accompany it all. Whatever the variation, lu rou fan is lu rou fan – A bowl of perfection that is pays homage to Taiwan with every bite.

So that leads me to wonder, how did lu rou fan get started? I mean, what is the history behind it? Who made the first ever bowl? If they made it and its not on Instagram, did it really happen?

Perusing the internet, I stumbled upon tons of hypothesis on this. Folklores were aplenty with a few citing the creation of lu rou fan was due to the era of poverty when the Japanese left Taiwan at the end of World War II. Some theories point to ancient settlers from Fujian bringing their recipes with them to Taiwan. Whereas others (jokingly) surmise that aliens brought this stuff to Taiwan in hopes of landing the Olympics.

The more plausible theory most likely occurred sometime before the Japanese occupied Taiwan during the colonialism era from 1895 – 1945. Over a hundred years ago, migrants from China, predominantly the Han and the Hakka left the Fujian province to settle in Taiwan. Many of these immigrants spoke a mix of Cantonese, Hakka and the Minnan dialect, which ultimately gave way to developing an offshoot dialect known as Taiwanese. More importantly, these immigrants brought with them cooking techniques from their home provinces that gave rise to what we know as Taiwanese food today.

The majority of these settlers were poor. Many of them possessed minimal skills outside of agriculture. With the abundance of fertile farm land and water, Taiwan was the perfect place for these migrants.

Taiwanese farmers in the fields. Taken from blogspot

Being farmers, it was typical to have large families where children are seen as “investments” and an extra pair of farm hands. With the mortality rate really high(compared to today), families often had upwards of 4+ children in order to hedge against these children dying of malnutrition. This invariably caused a problem in which there were more mouths to feed than there was food on the table.

As such, meat was a sacred delicacy that was not readily available on a day to day basis. Unfortunately Trader Joe’s didn’t setup a branch in pre-colonial Taiwan, therefore creating this meat shortage. In all seriousness, most farming families only ate meat during major holidays such as Chinese New Years or when someone in the village was getting married. Though many of these families did raise livestock such as cow, chickens and pigs, the livestock was seen as farm assets that could help till the land and fertilize the ground instead of “meat.”

In the few times that meat was available, families had to get pretty creative to make this meat last. Mothers began buying cheaper cuts of meat, such as pork neck and ears and figuring out ways of extending the meat for days on end. Hence mincing became a popular technique for making the undesirable cuts of meat much more palatable. Soon after, soy sauce, starch and other herbs were added to the meat to make it a lot more appetizing. Soon enough, people figured out if you throw this stuff on rice it made it possible to “send the rice down” or 下飯 – which is a Chinese term for being able to inhale your rice down your throat, quickly. 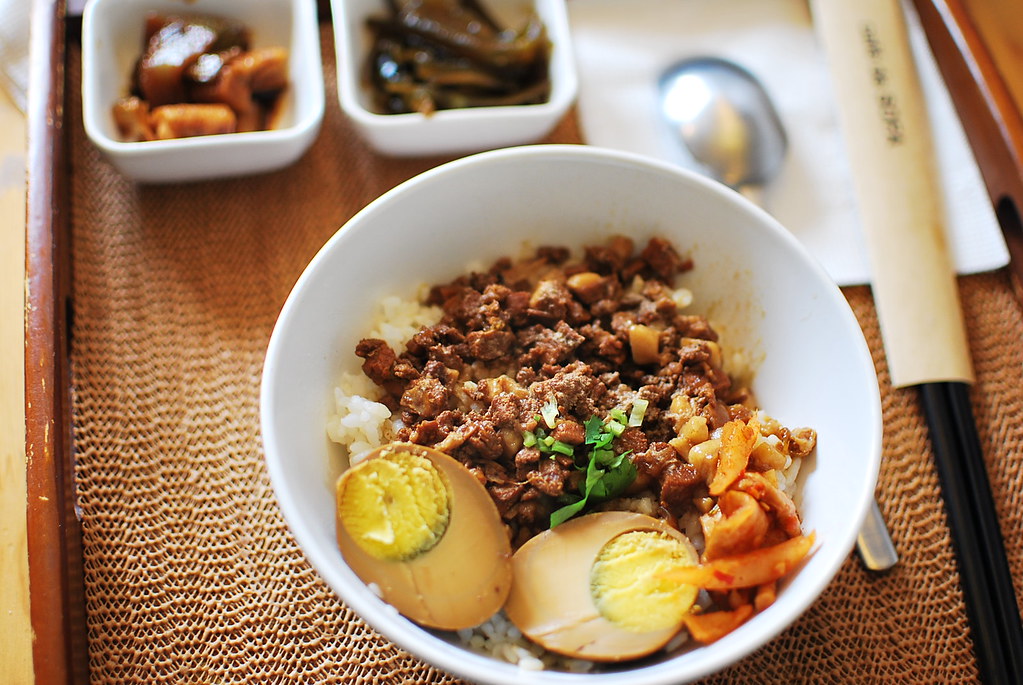 Throughout the hundred years of so, minced pork rice has changed quite a bit as its popularity has traveled all across Taiwan and around the world. Here in the San Francisco Bay Area, we have decent minced pork rice, primarily from the large number of new Taiwanese restaurants cropping up around. In Northern Taiwan, it is still very common to see lu rou fan with a side of pickled radish and a piping hot bowl of pig blood soup. In the south, it is more common to see the dish served with a huge chunk of pork belly(instead of minced meat) and a side of bamboo shoot. Though the differences are cosmetic, most shop owners can agree that the perfect bowl of lu rou fan must have the right amount of oil to make the meat glisten in the most appetizing way possible, the rice must be balanced in a way so that it does not detract from the flavor of the meat and most importantly, the dish must not be pretentious.

It’s crazy to think that the amount of history and effort that this dish has untaken is available to any at around $1.50 USD. Even at 7-Eleven you are not going to get a better deal than this. 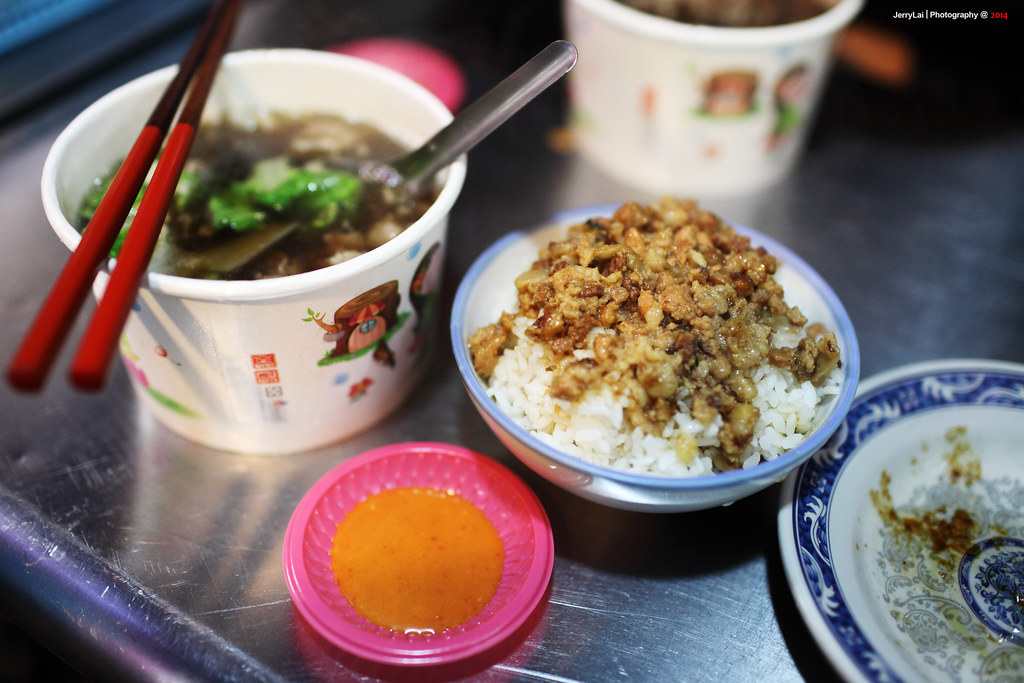 Like with many street foods in Taiwan, lu rou fan is comfort food that has etched its way into every single Taiwanese person’s childhood memories. Even as I, a Taiwan-American that grew up in the United States, have fond memories of my mom’s own version of minced pork rice. Certainly, I do hope to pass on the same love of this dish to later generations. For people who are suddenly craving a nice bowl of lu rou fan head on over to article on the best lu rou fan in the San Francisco Bay Area.