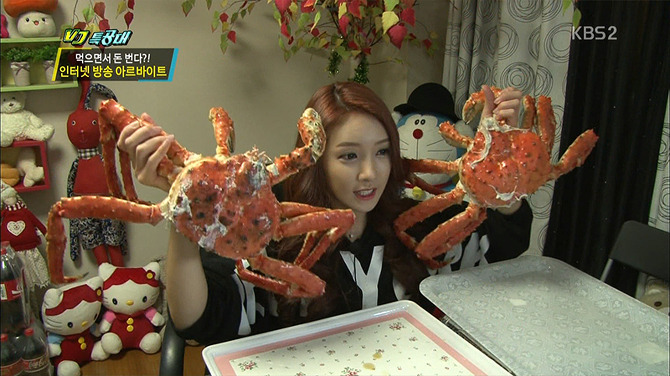 If you haven’t heard about Korean Mok-bang, otherwise know as “the art of hot girls overeating while others watch,” you surely must know someone who has. Rather than try to rehash old news, Foodamentals wants to bring you a fresh perspective by providing you with the “best of” Korean Mok-bang videos that we found.

Otherwise known as Broadcasting Jockeys(or BJ’s for short… obviously), “Mok-Bang” is an internet sensation that has caught fire in South Korea. The premise is that girls will host their own online webcam shows where they will proceed to eat half their body weight every single night. Whats even more surprising is that there are ample amount of people(mostly guys) who will pay to tune in to watch these girls eat.  The most popular BJ is a 34 year old woman known as “The Diva.” Somehow, she has managed to stay freakishly slim despite consuming nearly thousands of dollars worth of food on a monthly basis. Thus, giving more credence to the fact that Asian girls simply don’t gain weight. She hosts an extensive show on the online streaming platform known as  Afreeca, where mok-bangs are one of the most popular channels/topics.   There are many popular theories as why people will do this. But, as time as shown over and over again, whenever you put an attractive girl with a webcam, money magically appears. 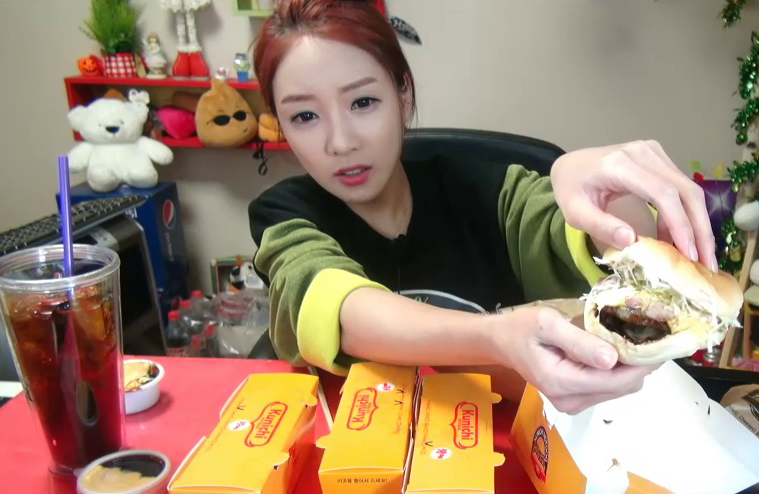 Here are some of the best mok-bang videos on the internet. [Skip to 35:33] The Diva eats an ENTIRE chocolate cake by herself using CHOPSTICKS. I don’t know whether I should be more impressed with the use of chopsticks to eat a crumbling dessert or the fact I can’t stop thinking “where does all the food go?” I feel bad for her roommate, who probably has to share the same bathroom with her. Imagine how shitty that must be, especially after The Diva is finished filming/eating. [At 4:43] This girl uses a fried calamari to wipe off the brown sauce off her lips. Obviously she is a firm believer in operational efficiency.

Old hispanic guy eating ramen noodles. There is a joke in there somewhere, but I’m not quite sure.

WHEN TRYING TOO HARD RESULTS IN FOOD PRESENTATION FAILS.

KOREAN BEER HITE IS PUTTING THE HO-HO-HO BACK IN THE HOLIDAYS WITH NEW FESTIVE CANS.

WHAT IS THE MOST POPULAR BEER ACCORDING TO KOREANS?

SEE HOW ZOMBIE COFFEE ROASTERS IN SEOUL TAKES COFFEE ART TO THE NEXT LEVEL.