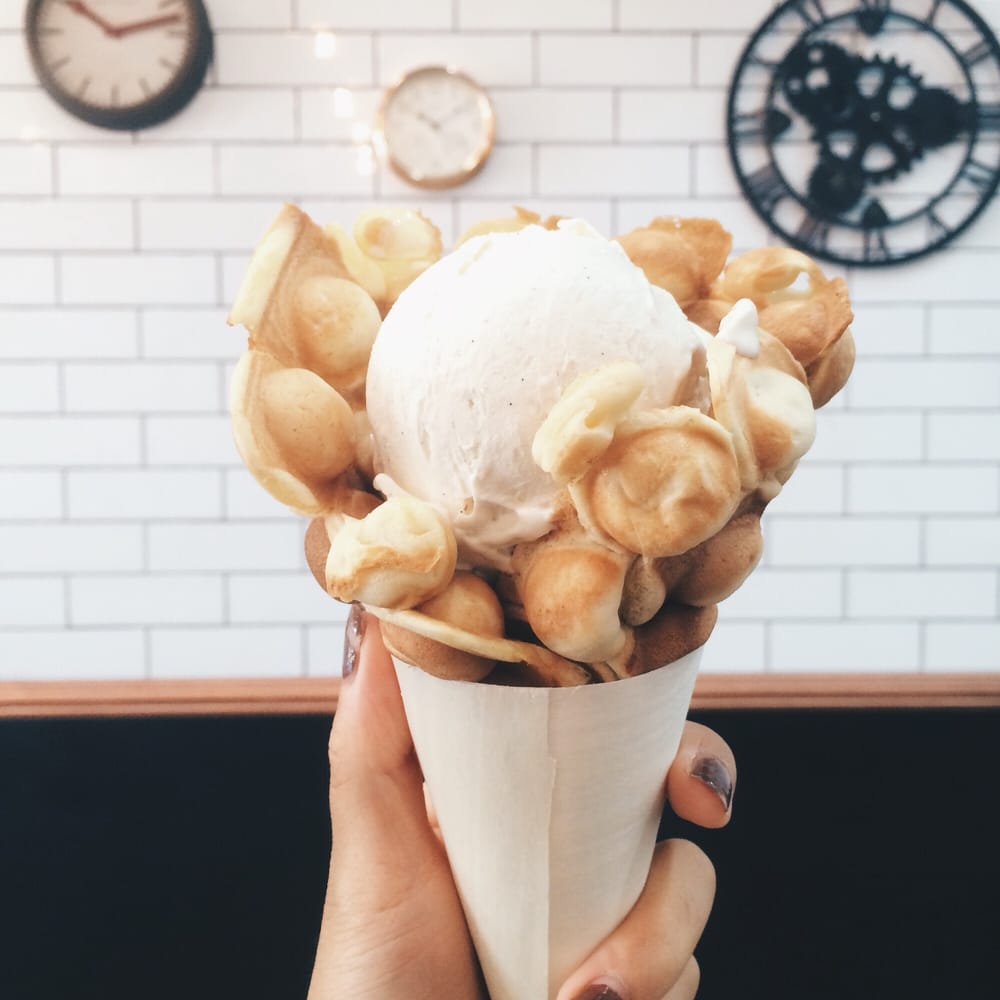 One of the most popular Hong Kong street snacks are what is known as egg waffles(鷄蛋仔) or, Hong Kong cake as they are advertised in United States Chinatown. Quite simply, these are waffles that are shaped into small spherical balls that are all connected together. In fact, they remind me of an edible version of this.  Suffice to say, both versions are oh-so-satisfying in their own way.

Often times, these waffles are topped off with fruit and cream to form a creme-like dessert. If you are interested, Williams-Sonoma sells their own version of the cast iron machine so you can make them yourself. But I digress.

It was only a matter of time when someone would figure out that these waffles would make for one helluva waffle cone. One of the trends sweeping through Hong Kong is to do exactly that. An entire roll of egg waffles are rolled up into a tapered cylinder to form a cone. Subsequently, a scoop of ice cream would be deposited into the center of the cone, thus making it look like an ice cream cone. 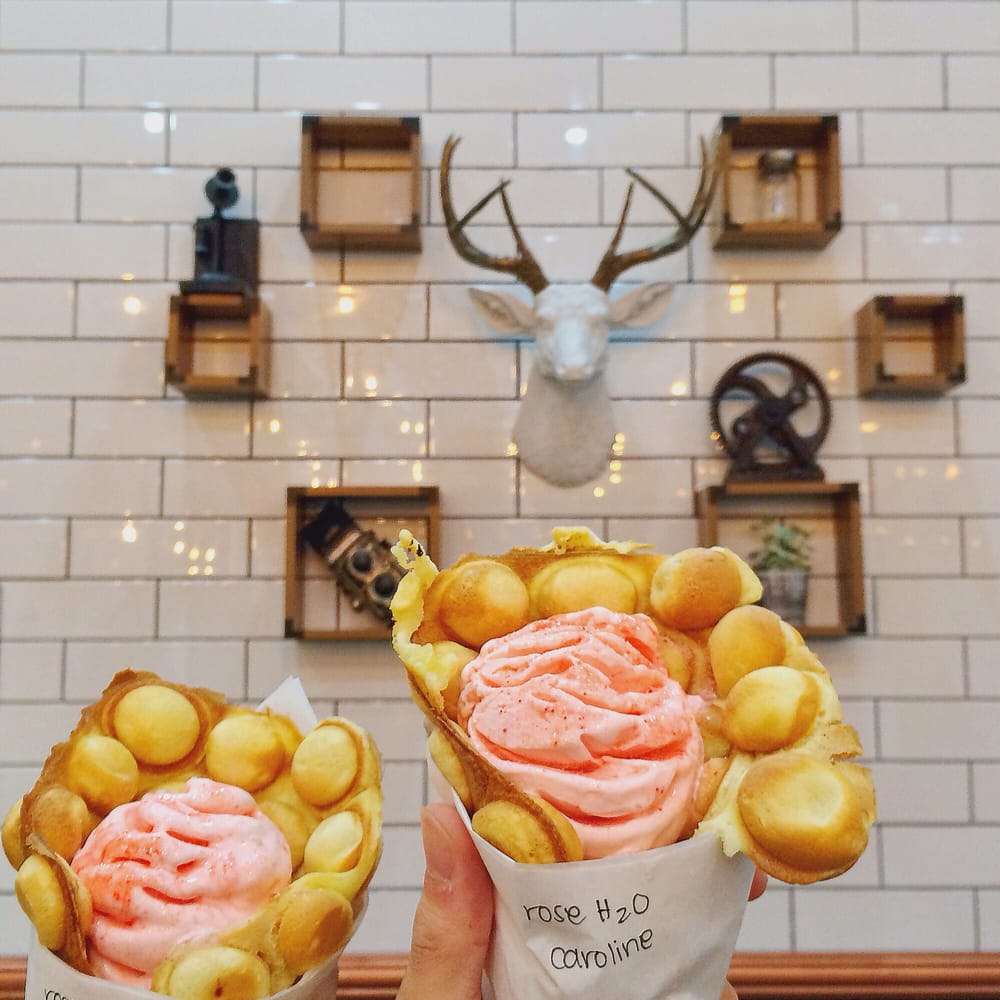 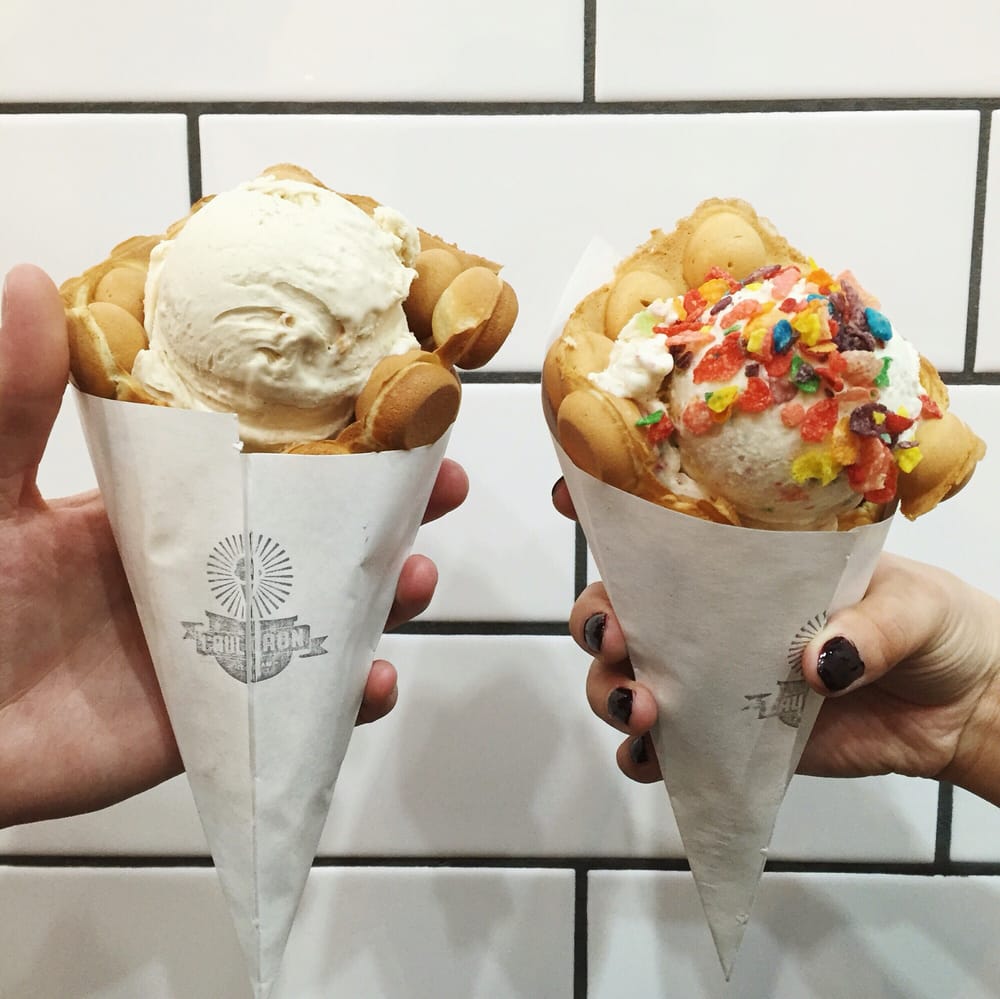 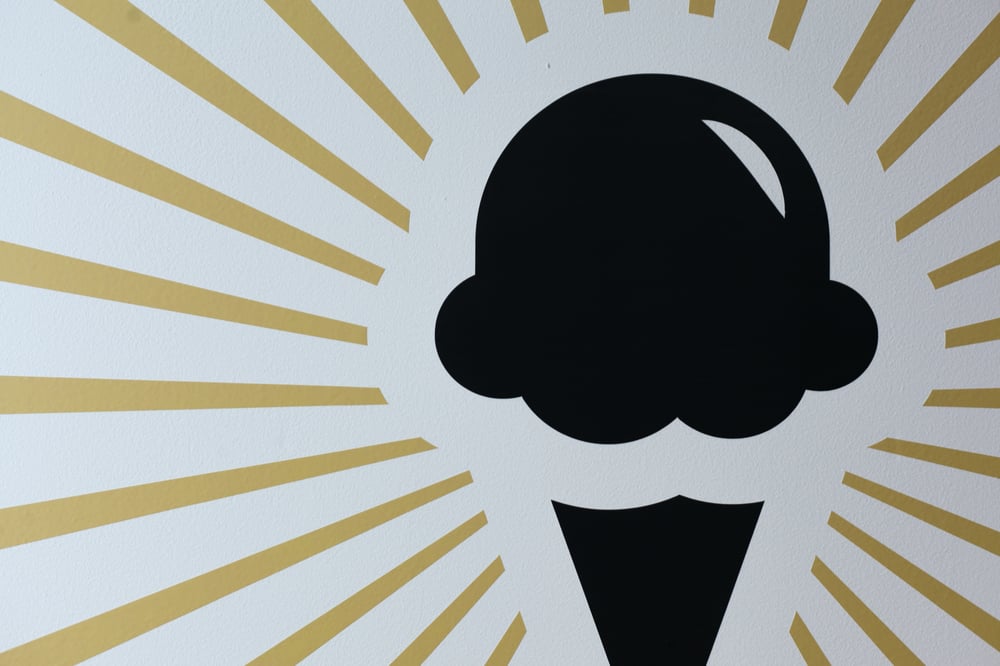 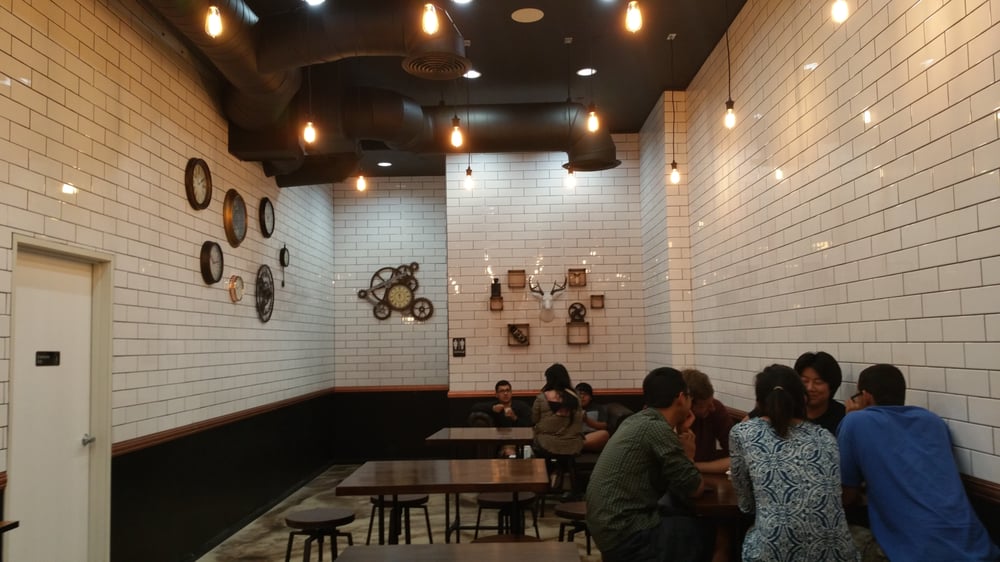 THIS IS HOW YOU HUG A SCOOP OF ICE CREAM PROPERLY.

WE DIDN’T KNOW WE NEEDED GARFIELD THEMED RAMEN, BUT WE DO NOW.